With meaningful substance to help people make informed purchase decisions. And with a style that generates excitement about your brand. That's why our communications connect with audiences so effectively. They're logical and personal. Strategic and creative.

Since 1986, Mod Op Dallas has partnered with B2C and B2B brands to provide full-service, integrated advertising, public relations, media management and social media marketing. Our experience ranges from manufacturing, energy, insurance and government to finance, retail, health, security and entertainment, and we have a particularly deep track record in the B2B technology market.

We’re not like any agency you’ve ever known. We're a group of talented, experienced, smart and likeable advertising, public relations and social media professionals who use strategy and creativity to help our clients do business better. If that happens to include making a Super Bowl spot, so be it. Otherwise, we’ll just keep producing the kind of marketing communications that make our clients more successful than their competitors (who probably use one of those other kinds of agencies). 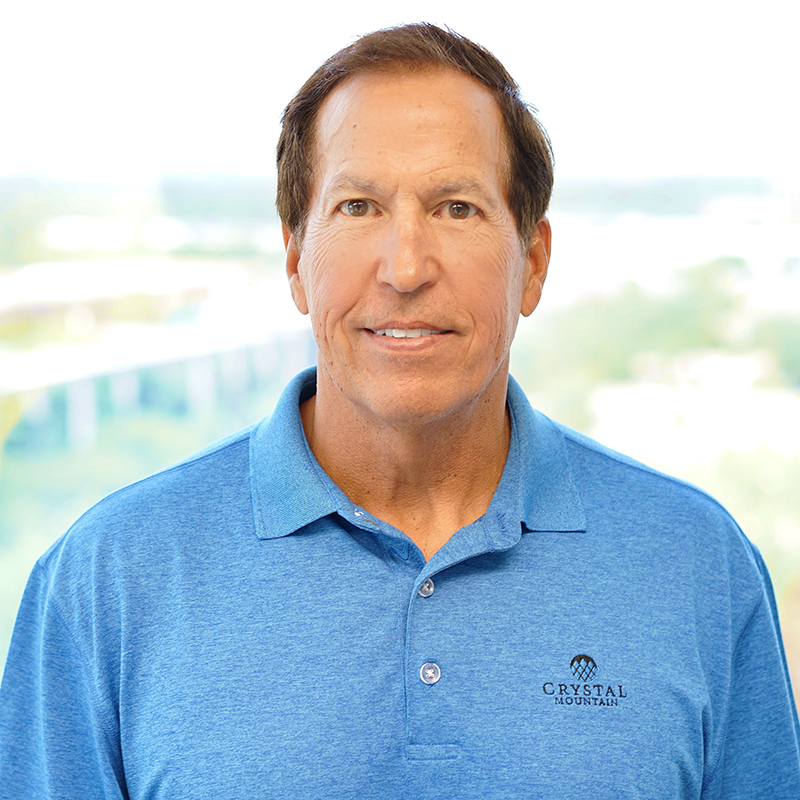 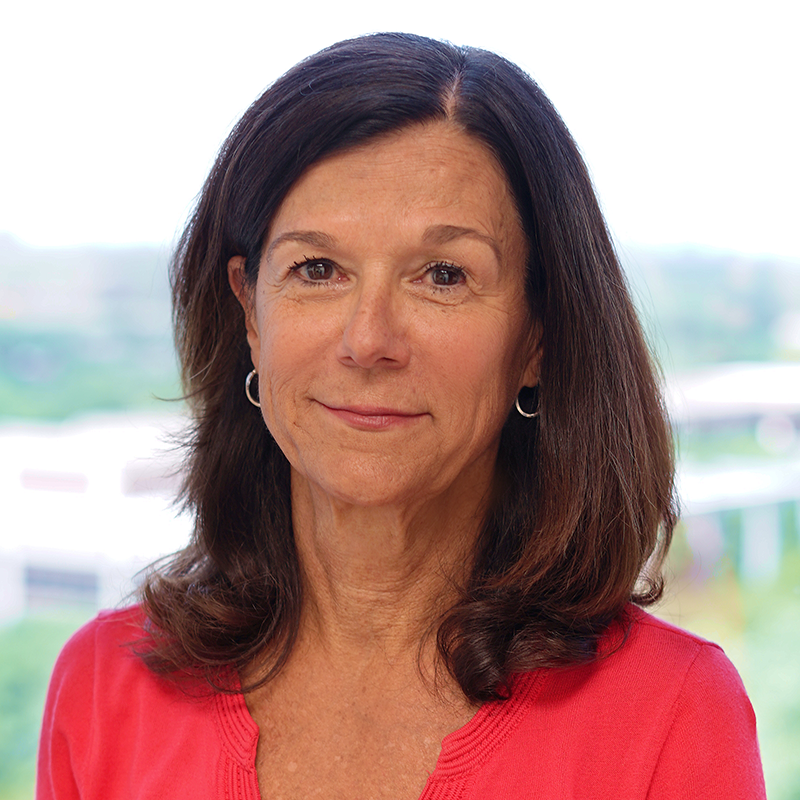 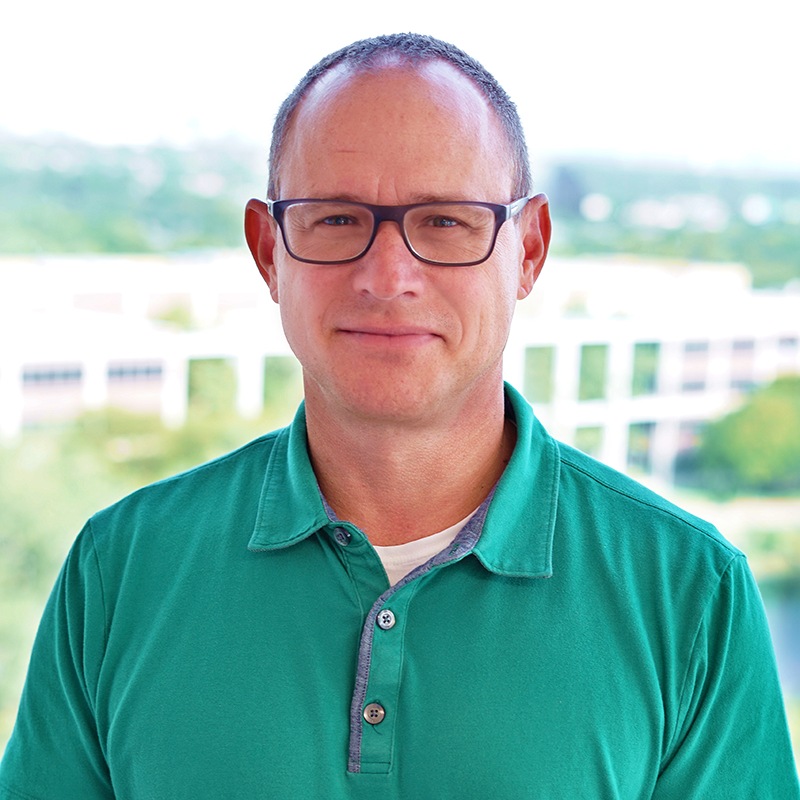 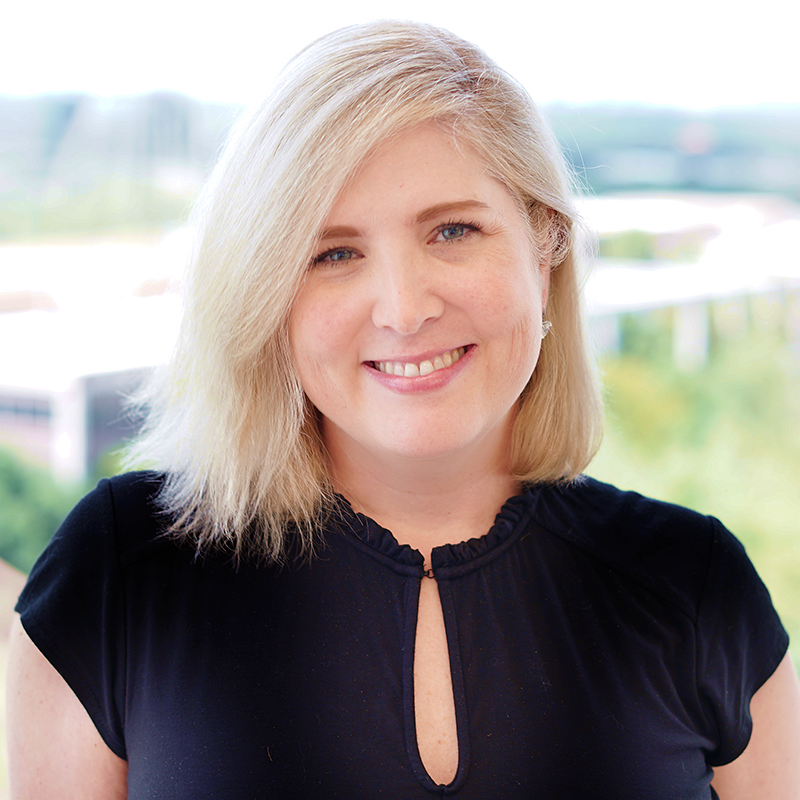 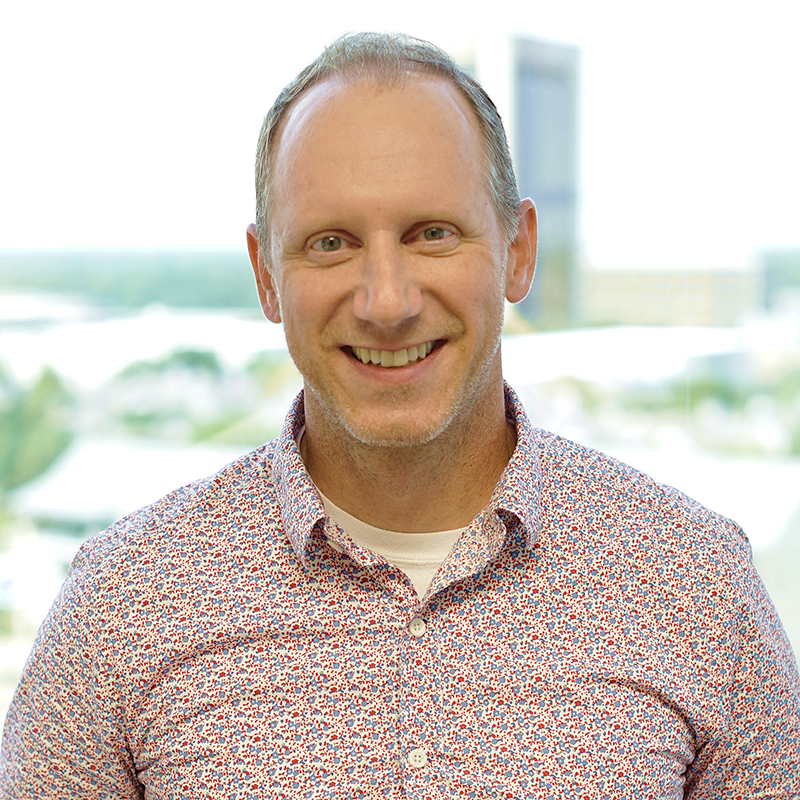 n: a personal defect or failing 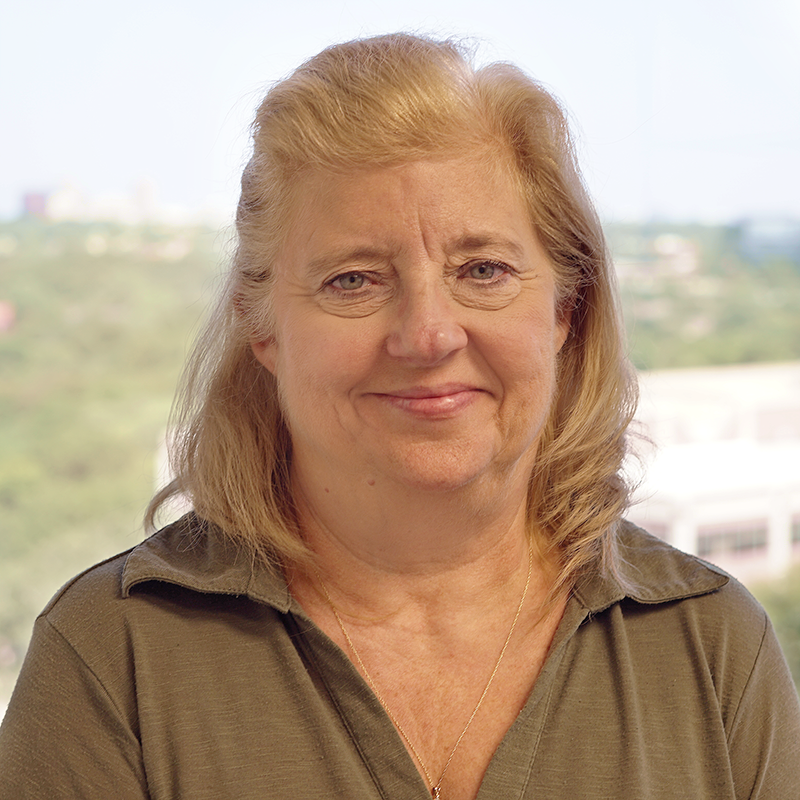 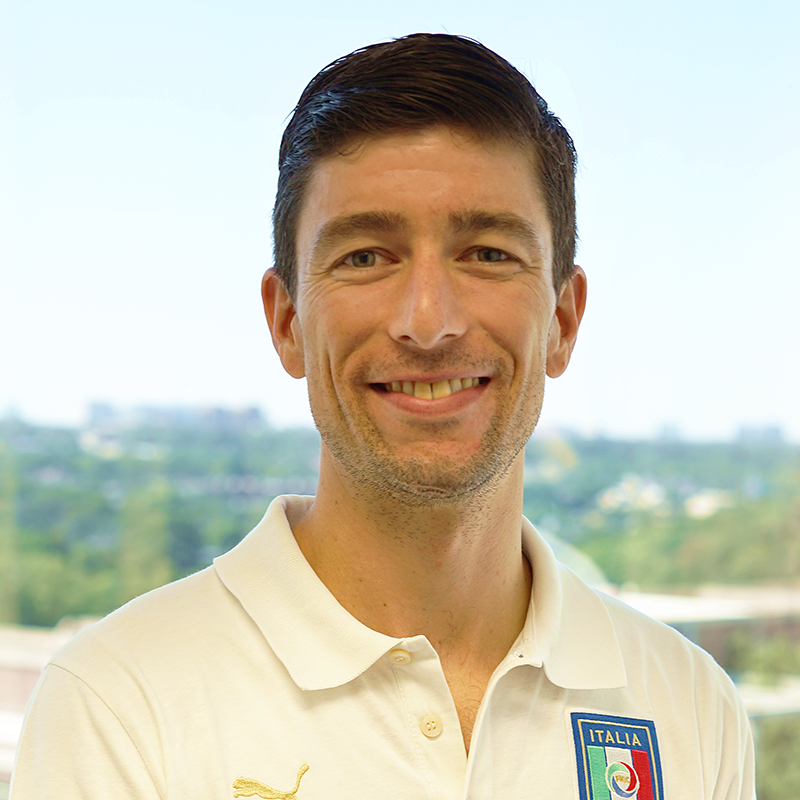 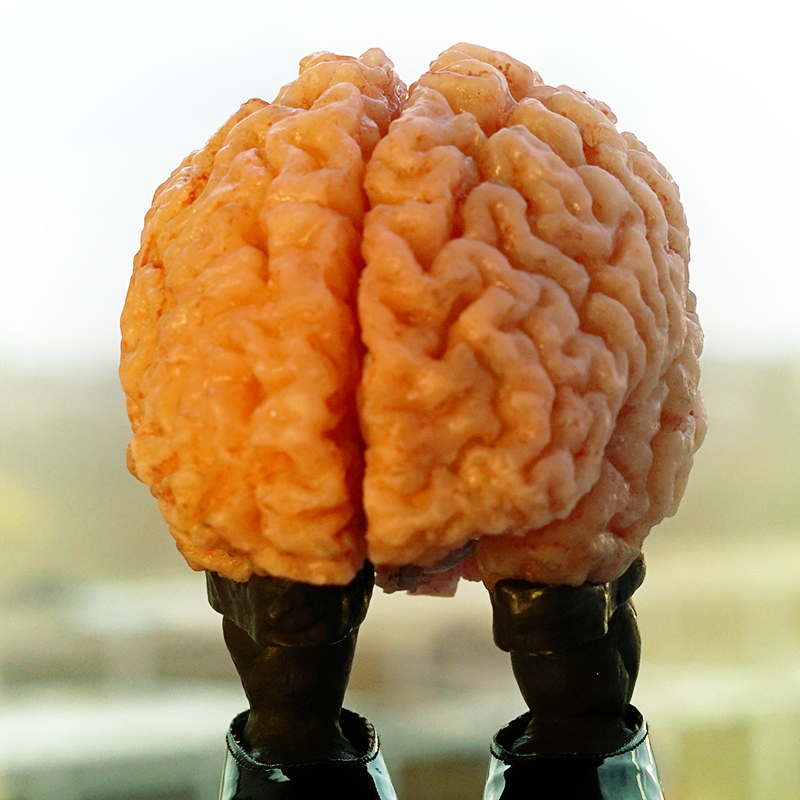 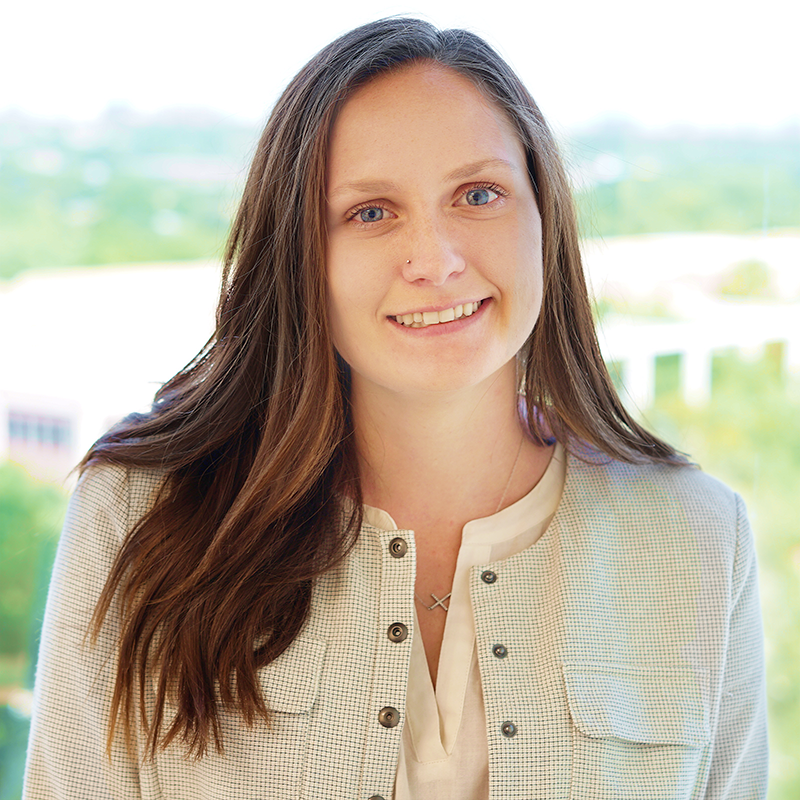 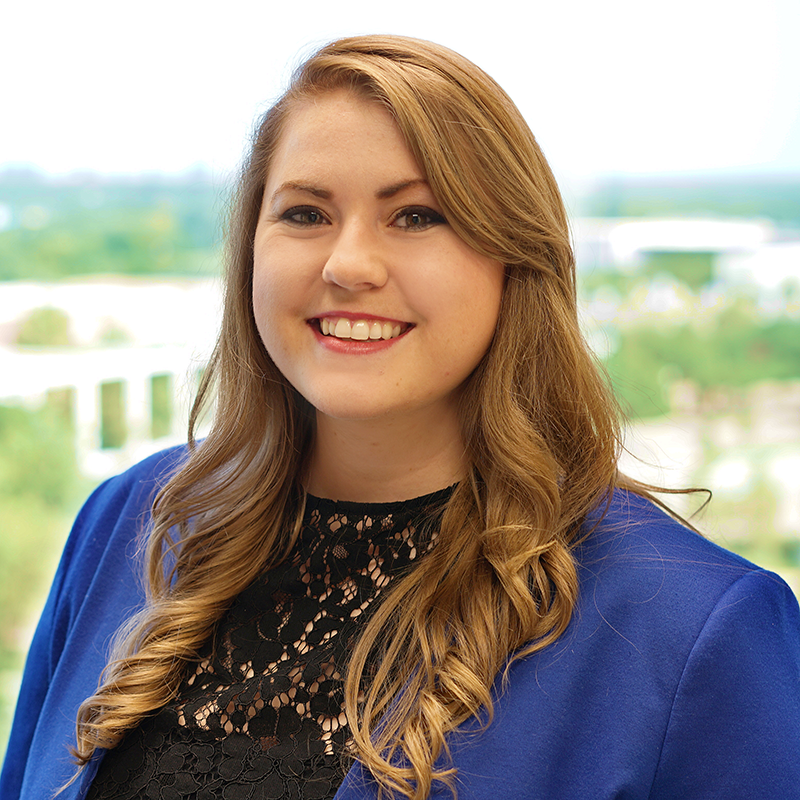 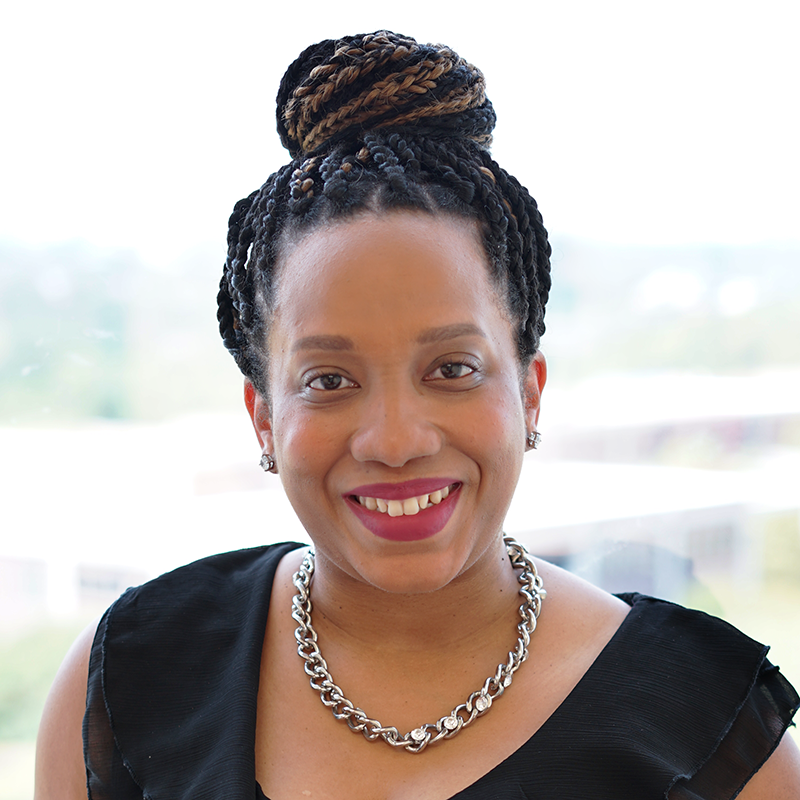 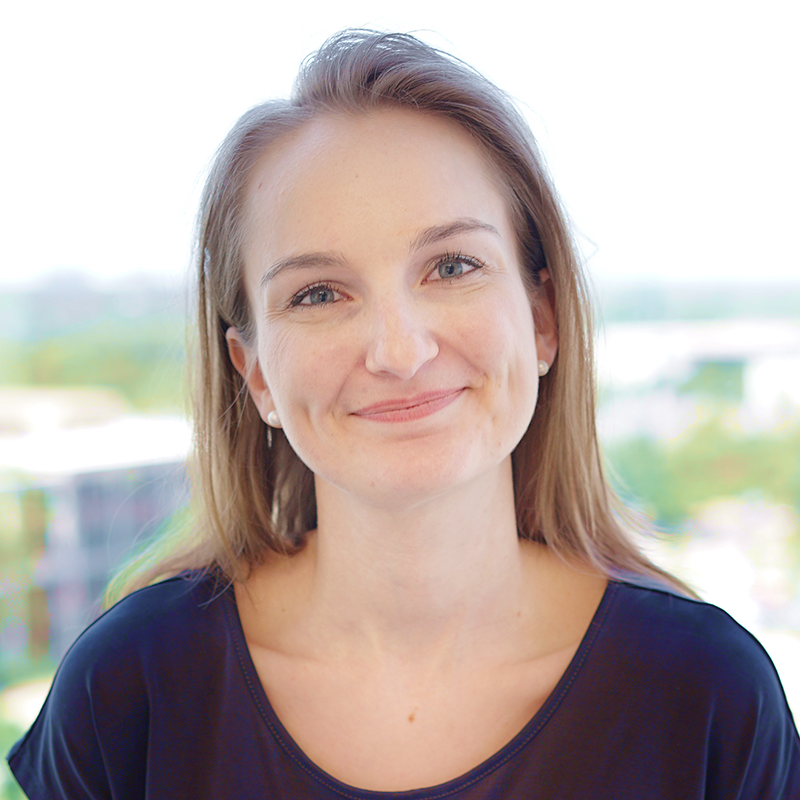 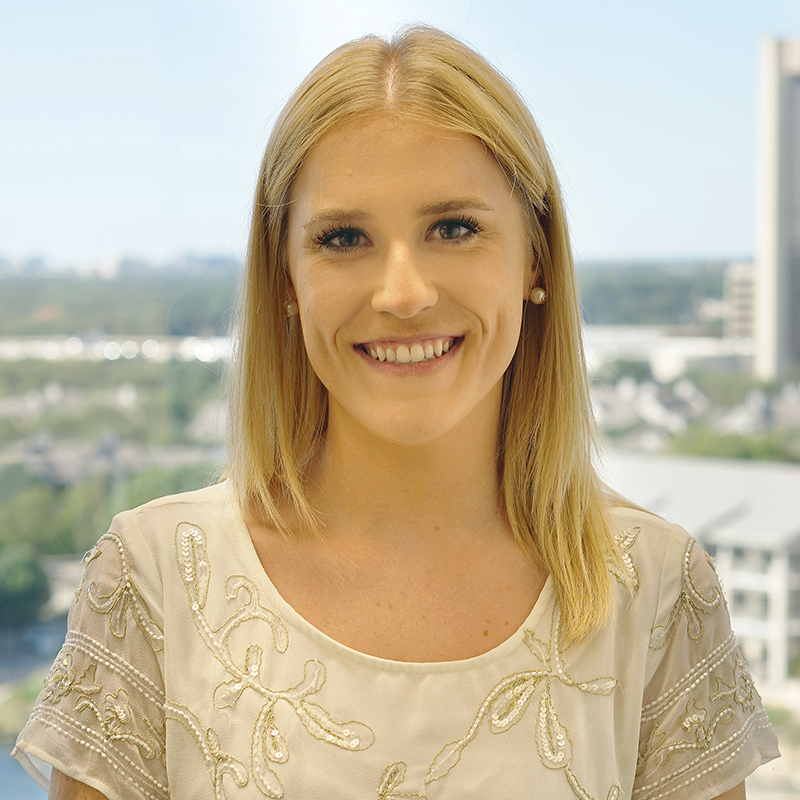 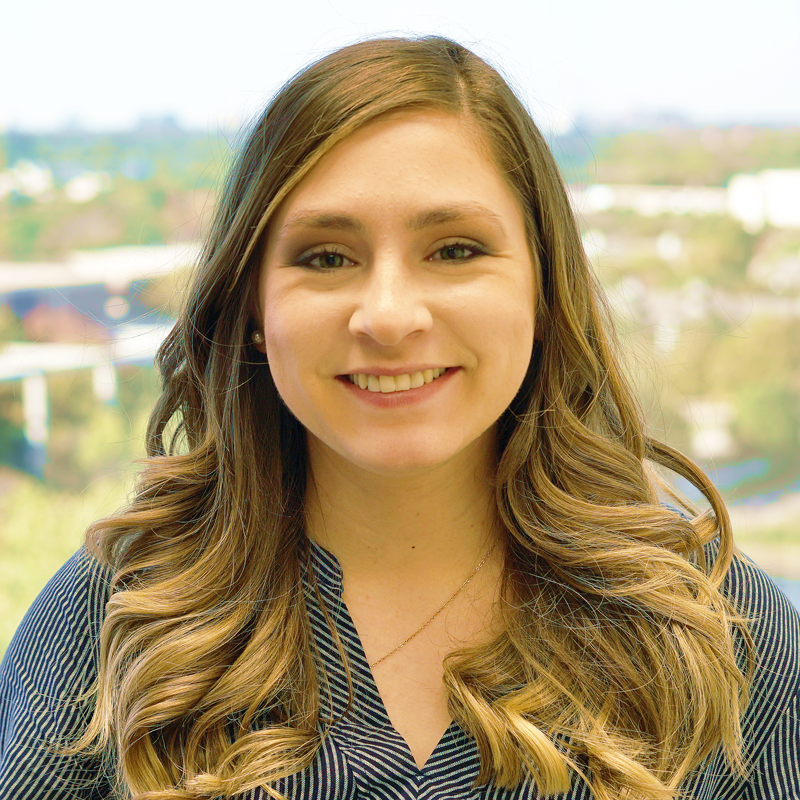 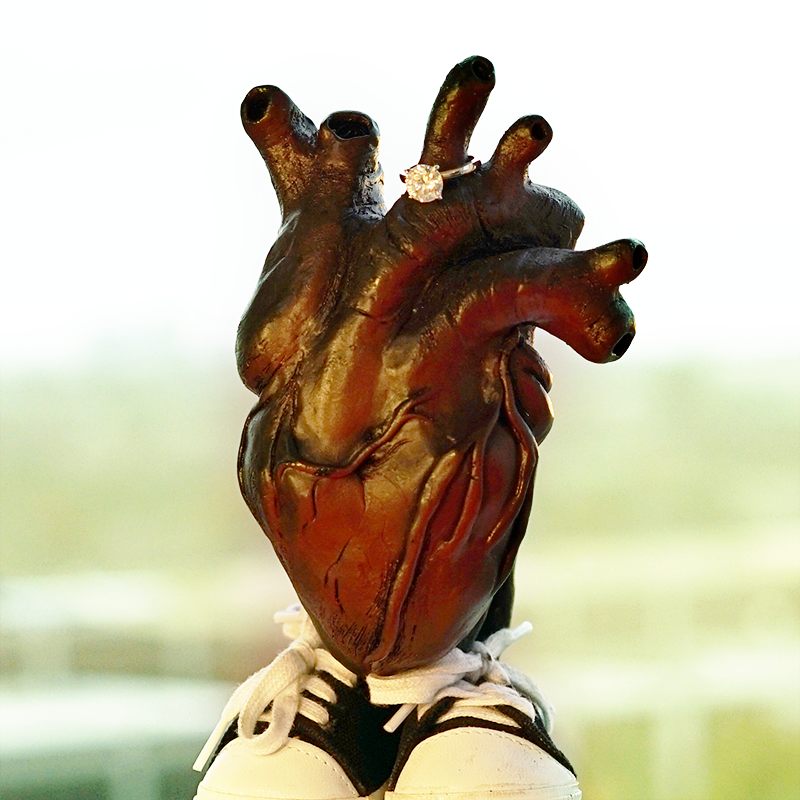 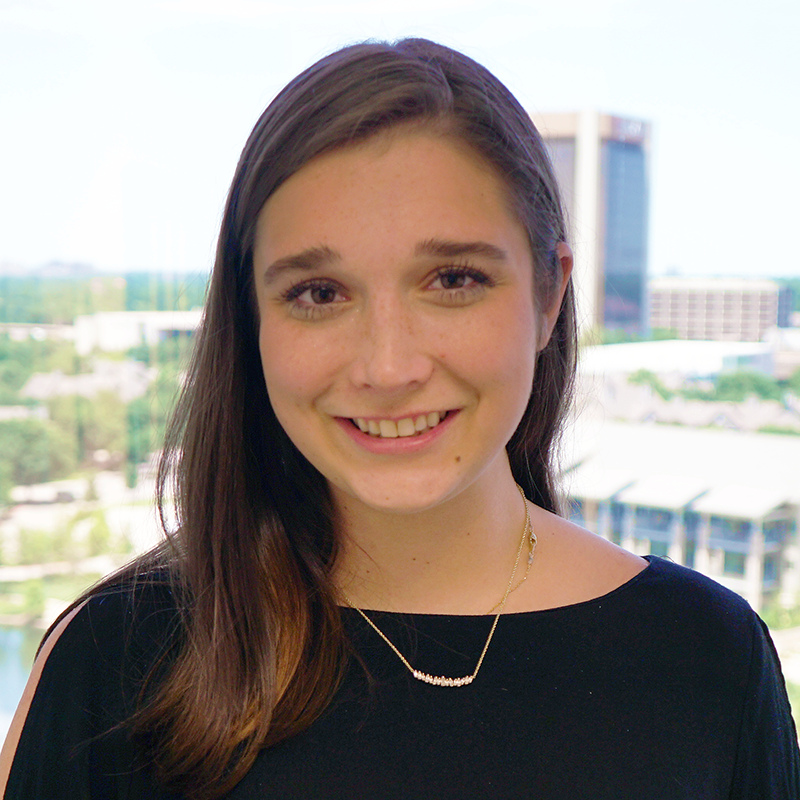 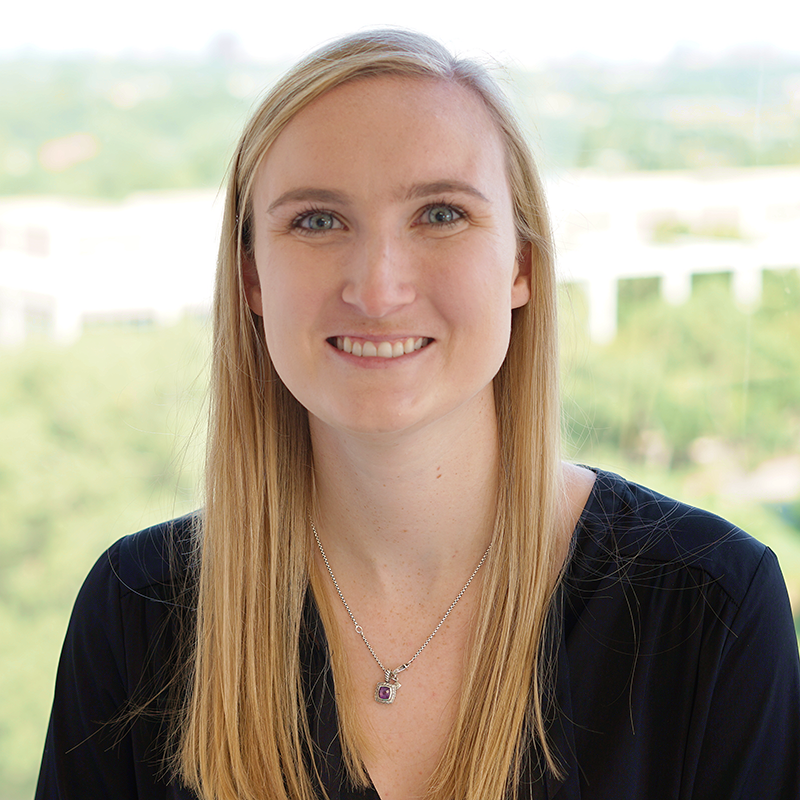 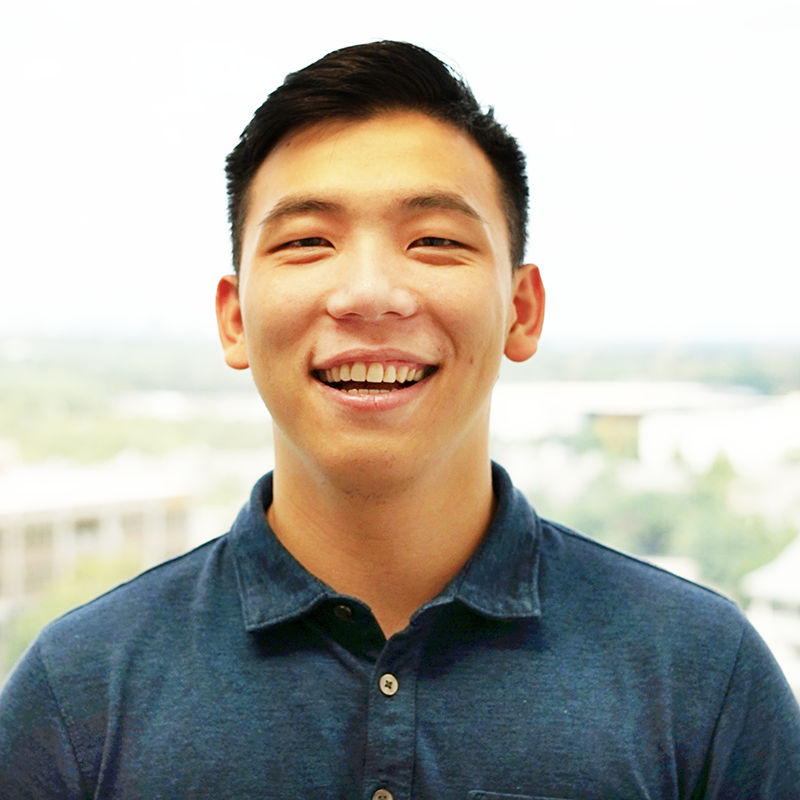 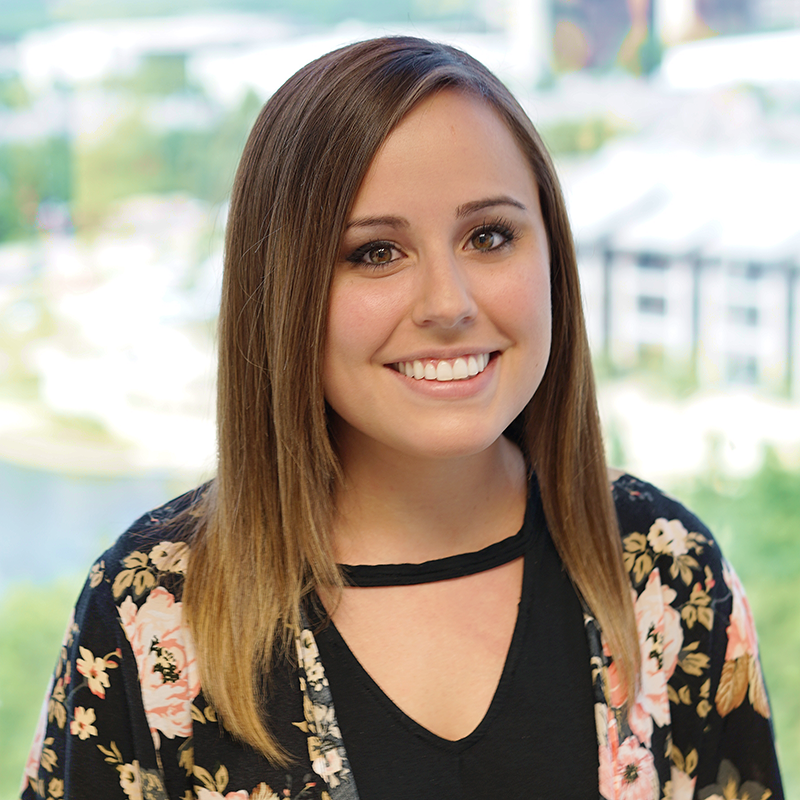 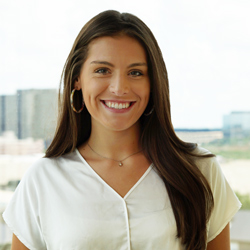 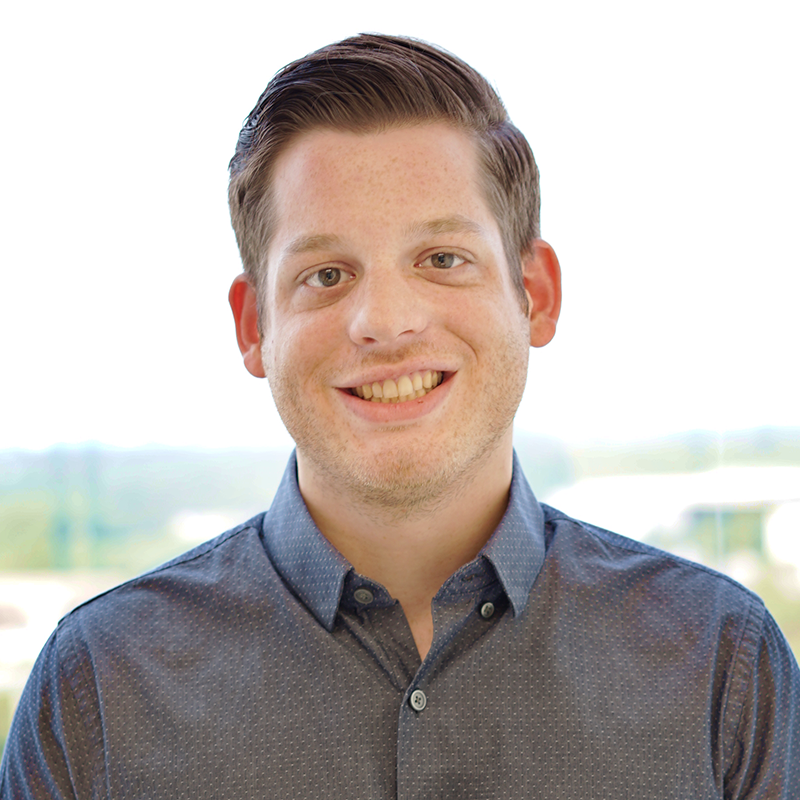 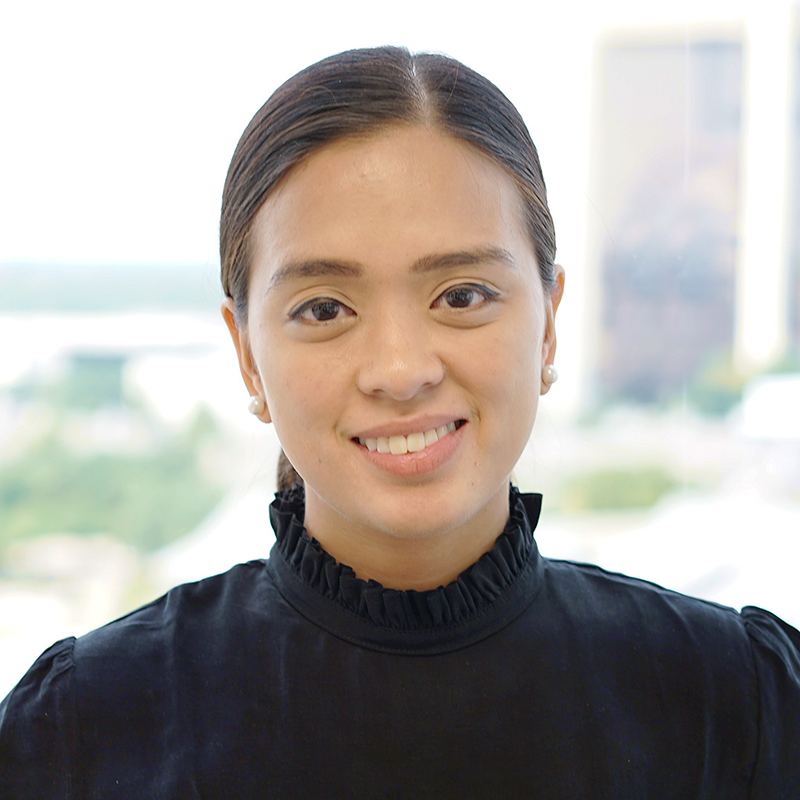 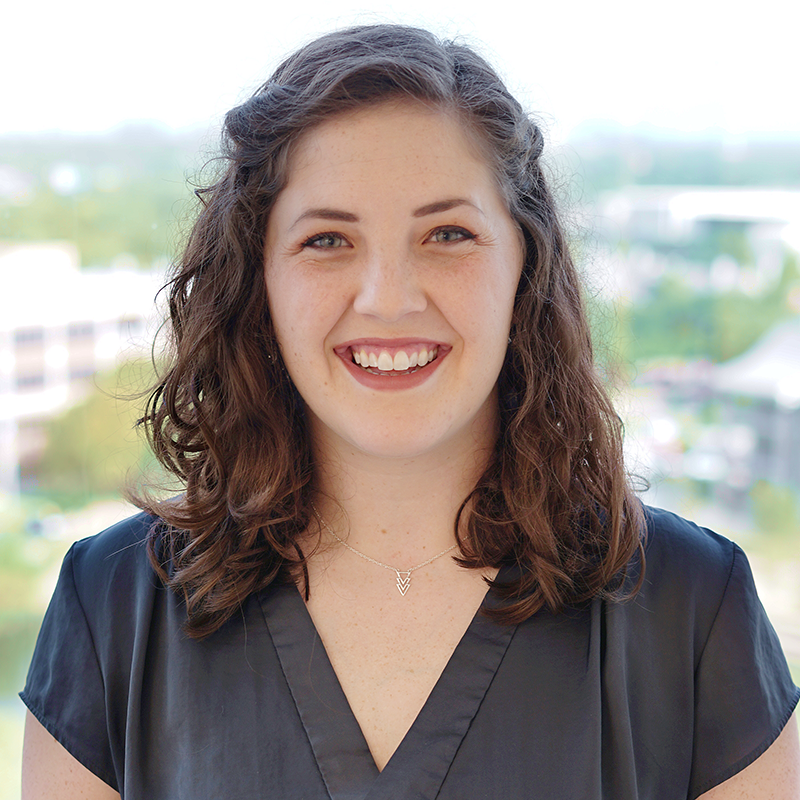 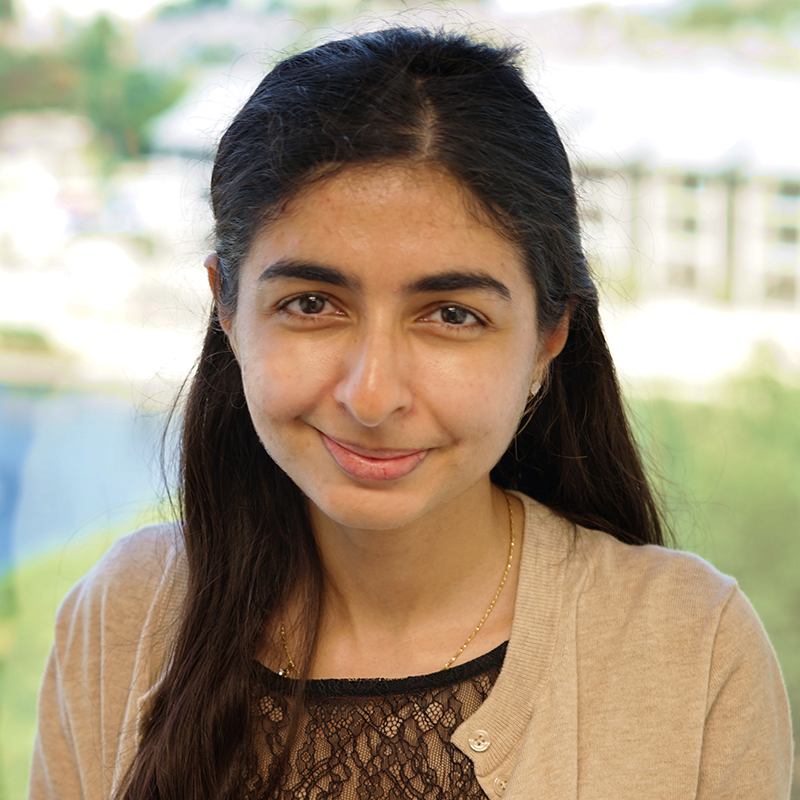 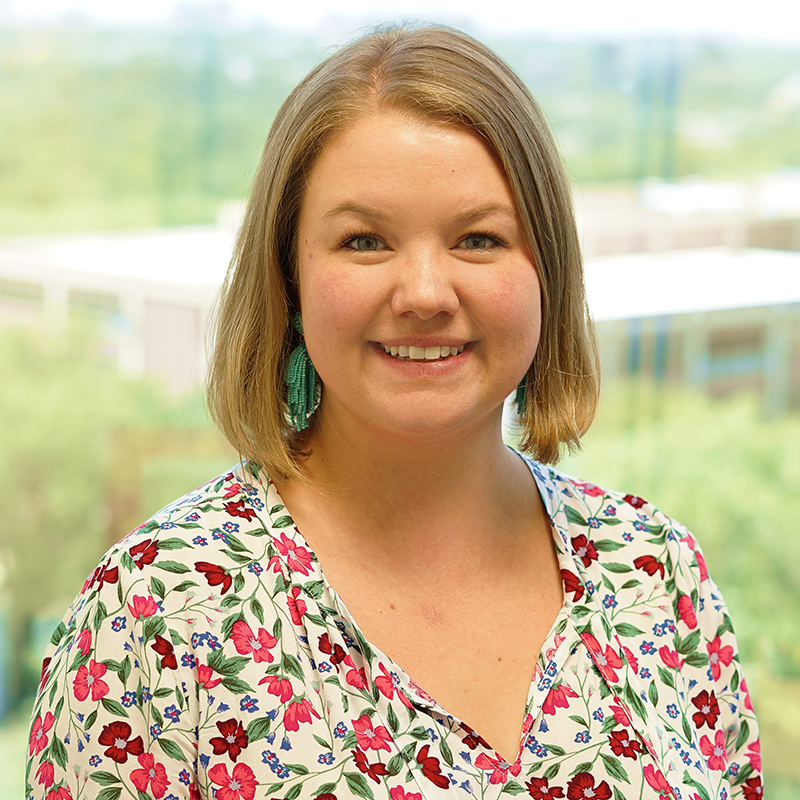 If you think the goal of marketing communications is to "break through the clutter," it’s time to raise your expectations. And if you’re planning an expensive, full-blown blitz of traditional media, there are plenty of ad agencies and PR firms stuck in the past that will happily take your money. However, if you're interested in reaching your audience in more meaningful, more personal and more cost-effective ways, by all means, you’ve found the right agency.

At Mod Op Dallas, we develop communication programs based on each client’s business objectives. We don’t even own a cookie cutter, and we have no preconceived agenda, other than achieving maximum results for our clients. Whether that means launching a 100% digital campaign, an exclusively traditional one or some mix of both, so be it! We have the expertise to recommend, plan and execute the best fit for your brand.

Dallas – June 10, 2019 – MCC, a Dallas-based, integrated marketing communications firm, is proud to announce that it has been selected to receive the 2018 Texas Instruments (TI) Supplier Excellence Award for a record-setting third consecutive year and fourth time overall. Only 11 winners were honored and recognized this year from a list of more than 11,000 suppliers.

MIAMI – June 3, 2019 – Mod Op, a digital marketing agency with offices across the U.S. and Panama, has acquired Dallas-based integrated marketing communications firm MCC, to expand its offerings to better support client needs in both the B2C and B2B markets.

DALLAS – June 4, 2018 – Mike Crawford, founder and president of Dallas-based integrated marketing communications firm MCC, will be inducted into the American Advertising Federation’s Southwest Advertising Hall of Fame for his work and contributions to the advertising industry for more than 30 years.

DALLAS – May 1, 2018 – MCC, a Dallas-based integrated marketing communications firm, has been selected as a finalist for the 2018 Dallas-Fort Worth American Marketing Association (AMA) Marketer of the Year Awards in the energy marketing category for its work with natural gas provider, Kinetrex Energy.

DALLAS – April 18, 2018 – Dallas-based integrated marketing communications firm MCC today announced it received the 2017 Texas Instruments (TI) Supplier Excellence Award for the third time overall and second year in a row. This year’s award for performance was given to only 10 of TI's more than 11,000 suppliers and is the company’s highest level of supplier recognition.

DALLAS – Sept. 7, 2017 – We’re pleased to announce that Dallas-based integrated marketing communications firm MCC is ushering in a bright new future. After 26 years at 8131 LBJ Freeway, MCC is moving down the street to a new office at 12377 Merit Drive in Dallas!

Back in 1986, Mike helped create an entirely new kind of advertising agency and public relations firm, one that focused exclusively on technology clients. At the time, this level of specialization was unheard of, but MCC proved the doubters wrong, growing into the Southwest's number-one ad/PR agency for technology companies – and one of the top high-tech advertising agencies in the country. In 2006, Mike diversified the agency's client base to include non-technology clients as well, expanding into industries such as energy, insurance, government, finance, retail, health, security and entertainment.

In 2019, Mod Op acquired MCC, giving the Dallas agency greater national reach and rounding out Mod Op’s service offerings as a fully integrated agency. Today, the agency continues to evolve, with Mike serving on the Mod Op board of directors, blazing new trails from traditional marketing communications to real-time, digital engagement with our clients' customers.

Before founding MCC, Mike directed the marketing communications for Nortel, where he launched the still-popular Meridian line of business telecommunications systems.

A graduate of the University of Iowa, Mike has served on a variety of boards and remains active in local and state trade associations.

Pam provides strategic counsel to our clients and drives the strategy and business development of Mod Op Dallas. Her experience in technology, marketing, media, sales and business management is a unique combination and a valuable asset to the agency and its clients.

A graduate of the University of Texas with a bachelor's degree in Advertising, Pam is a board member of Tech Titans, North Texas Technology Association, Big Thought, A Learning Partnership, and an ardent CrossFitter.

Jim supervises all Mod Op Dallas account managers and promotes the vitality of all client/agency partnerships. Jim's relationship-based approach to integrated communications is built around two principles. He's relentless in his understanding of our clients' businesses, and he builds personal collaboration between clients, agency employees and industry players.

Jim came to Mod Op Dallas in 1998 as an account manager. Since then, he's moved up quickly, thanks to his drive to take charge and get results. A hardcore believer in strategic brand development, Jim has led integrated marketing programs for clients including Harris CapRock Communications, Chuck E. Cheese’s, Fujitsu, Alienware, Vari-Lite International and Raytheon.

Before joining the agency, Jim worked at Temerlin McClain on the GTE account. Previously, he worked for McCann-Erickson and Fogarty, Klein & Partners.

Jim graduated from Texas State University with a degree in Marketing. In his off-time, he enjoys live music, hanging with family and coaching his daughters' sports teams.

Shannon provides guidance and leadership to Mod Op Dallas clients and team members alike. Her wealth of experience in the digital space and her expertise in analytics provide strategic insight to drive our clients' businesses forward.

Since joining Mod Op Dallas in 1999, Shannon has leveraged her thorough nature and client-first approach to climb from Account Manager to Supervisor to Director to VP and now SVP. In her tenure, she has developed strategies and supervised tactics for global brands and small, privately held companies alike, ranging from Alienware, CommScope and Texas Instruments to Professional Bank, Accudata Technologies and Raze Technologies.

She has a bachelor's degree from Pepperdine University. Away from work, Shannon spends much of her time cooking, reading spy novels and volunteering with her daughter’s school PTA.

Todd's primary responsibility is to continually elevate the creative product of the agency. In the current media environment, that not only includes developing "the big idea" but also exploring unconventional, new opportunities to engage our clients' audiences experientially and digitally.

Specializing in brand strategies, concept development and copywriting, Todd previously worked on a range of B2B and B2C accounts, including Armstrong Floors, ASKO appliances, Motel 6 and Bally Total Fitness. His work has appeared in national television and international print campaigns, and he has won multiple ADDY, Creativity, MarCom, Davey, Stevie and Telly Awards. However, his favorite award is the Nobel.

He holds a bachelor's degree in Advertising and Public Relations from the University of Arkansas. Todd enjoys adventure travel, hiking, kayaking and mountain biking.

Kathy is responsible for accounts payable, accounts receivable, human resources and operations-related vendor negotiations. On the client side, Kathy ensures that all billings adhere precisely to agency process and that all invoices accurately reflect the services we've provided. In other words, whether she's processing a payment for advertising work or sending an invoice for a PR project, she provides an honest account of the one thing everybody values - the money.

Kevin connects the agency with new clients and develops strategies to help existing clients connect with their customers. With his broad experience in both B2B and consumer markets, he understands the business challenges our clients face and provides the expertise to help them achieve the results we all expect.

Having worked with clients such as Alienware, Texas Instruments, TI DLP®, CommScope, CyrusOne Data Centers, Nissan, FairLease and Hudson & Marshall, Kevin has a number of areas of expertise, including the technology, automotive and real estate markets.

Kevin has served in both account service and new business roles at Mod Op and Zimmerman Advertising. He is a graduate of Missouri State University, enjoys road cycling and cyclocross racing and spends much of his free time with his wife, son and daughter.