Working with the American News Media: A Coast-to-Coast Guide for PR Pros

Lately we’ve been talking a lot about targeting niche audiences through all marketing disciplines. Our Media Director Sherie has written about the effectiveness of targeting audiences within varying geographic niches while VP, Creative Todd drilled down even further to talk about targeting within a niche of people who ride around in a certain type of car. On the relationship marketing side of things, our President has even spoken out in the American Cities Business Journals about using bloggers to reach customers who have specific niche areas of interest. It wasn’t so long ago that marketing was tasked with reaching the most people at the same time through one medium. But the intricacies of the Internet and insights that come with running and measuring thoughtful digital advertising campaigns and social marketing programs have narrowed our focus towards speaking to a handful of the right people in an environment and at a time that is right for them.

At the end of last year, we were given the opportunity to give this philosophy a new and different application – by looking at the members of the media we build relationships with on behalf of our clients as niche audiences we were pursuing in different regions. It all began with a Brit.

“It’s been a running joke in European PR circles for years: U.S. marketers think of ‘Europe’ as a single, homogenous entity. Of course, that’s nonsense. But, if you asked European marketers how PR practice – especially influencer relations – differs between U.S. regions, it would be a short conversation.”

What Richard’s talking about up there is a little bit of the pot meeting the kettle. Richard is the managing director at CCgroup, a London-based PR firm that decided to find friends across the pond and conduct research to build a resource that would help international marketers understand the idiosyncrasies of running PR campaigns across multiple U.S. regions. M/C/C was honored to represent the West South Central region, joining nine other agencies representing the state of media relations activities in their own respective regions. After collecting input and evaluating their survey results, the CCgroup put together a website that paints an interesting picture of the U.S. media landscape; and we think domestic marketers would benefit from checking out its findings, too. Three areas of interest stood out to the researchers and participants.

Distrust of PR professionals is the highest among the media in New England. For PR practitioners, this data point is particularly unsettling to think about because it almost feels personal. Additionally, the study found that members of the media in the Mid-Atlantic region, which includes New York City, are wary of too much spokesperson coaching preventing them from having any genuine interaction or the type of unscripted interview that lends their story its own unique voice. This point can be incredibly frustrating because it indicates that perhaps we’ve done our jobs a little too well. But rather than pout about this, PR pros should think about what we could be doing better to improve levels of trust with members of the media. This obviously includes fixing the pitch – don’t just write a good one, but go out of your way to make sure you’re sending it to the right people. This means going beyond the database tools that are meant to help you get started and making sure that your information about beat or topics covered is up-to-date with the most real-time source: what they’ve actually been writing about lately.

Trust should also be built before the pitch. Follow their writing; comment on it; retweet them when they’ve shared it on Twitter; ask a thought-provoking question through some other medium than their work email. Get to know them by finding a common bond of interest that is unrelated to the clients you represent or the subjects they cover to let them know you are interested in learning from them, not just getting something from them. Lastly, make sure that your efforts to prepare your spokespeople inspire confidence in them and remind them to just be themsleves rather than striking such a fear of saying the wrong thing in them that they become robotic. Arm them with some of the personal information you learned about the media contact when doing those trust-building exercises and encourage them to use it as a casual ice-breaker. In the end, the experience will be much better for both your client and the journalist; and you’ll get a story that rings much more real.

Forget the Three-Martini Lunch. Wining and dining reporters just doesn’t work anymore – and this is a change I honestly think we’re all the better for. The rise of social media has led to a societal demand that brands, big corporations and especially the news media operate with transparency and authenticity lest they be exposed and lambasted by the Twitter trolls. This is a way of upholding responsibility and accountability for actions taken or stories reported, and it’s one of the amazing aspects of the influence media has on our current culture. But just because the paid for lunches and trips are gone doesn’t mean you have to forego that bonding time. Refer to the recommendations above and hit up the journalists who are most important to your clients where they are active in social media – out in the open where everyone can see it.

News relevancy has been hyper-localized. The study reiterated something we already know – that marketers need to understand how their news will land in specific regions. It’s no surprise that having a regional or local angle increases a story’s likelihood of getting picked up, but PR pros need to do a better job of pulling that relevancy out and placing it at the top of their inverted pyramid. It’s not enough to pitch a journalist in Phoenix a story about a client who is based there just because they have an office in the area. Do a little more research and creative thinking to identify what impact their business operations have on the local economy or community. Draw out stories from local employees that are intriguing and let your client serve as the backdrop.

Complete results of the study as well as contributions and observations from the East North Central, East South Central, Middle Atlantic, Mountain, New England, Pacific, South Atlantic and West North Central regions can be found at http://www.ccgrouppr.com/en-us/transcreation-between-us-regions/. Do you agree with the study’s findings?

Research is Key to Creating Content in the Customer’s Voice 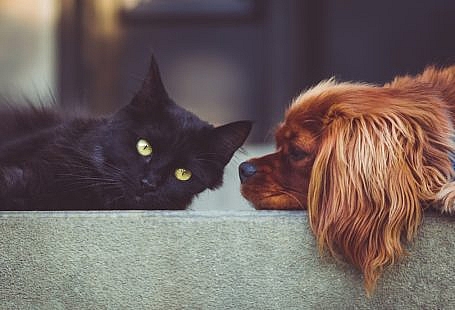