When CyrusOne first partnered with Mod Op Dallas, the company had a growing market share but little brand awareness with non-customers. To that end, our objectives were to build awareness for the company and its 30+ data centers around the world and to drive sales leads. Our attack strategy included an integrated campaign that reached all levels of influence in the data center decision, from IT managers to the C-suite.

The initial launch campaign targeted decision-makers across the United States, delivered a 220% ROI and stuffed the sales pipeline with leads. The program included digital display, paid and organic social media and national TV.

In the second phase of the campaign, we hyper-targeted the highest-priority prospects with an integrated campaign that included:

We blanketed the target audience with 22,000,000 impressions and put the client’s name front and center with its best prospects, delivering a huge spike in web traffic and new leads inside highly targeted companies.

CyrusOne has really made a name for itself in the data center business, and, thanks to our brand awareness campaign, the audience now knows it. 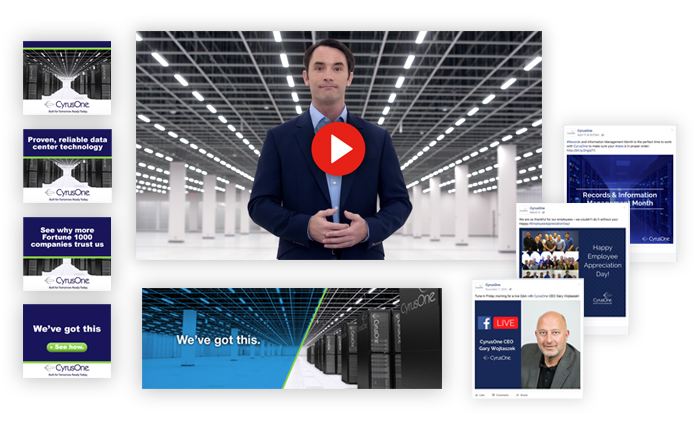