RuleSpace made its name with a technology that helped ISPs provide controls to parents so they could make sure their kids were surfing only pages they deemed appropriate. But the mobile Internet was a bold new frontier with no parental controls and little awareness that such high-tech, feature-rich phones had no parental controls. While RuleSpace was in limited discussion with mobile carriers, they were slow to take action on the matter. One carrier just seemed content to ignore the problem. Mod Op Dallas and RuleSpace launched a program to raise public awareness of the problem and turn up the heat on mobile carriers.

Capitalizing on a general story about pornography on the Internet and the government's interest in protecting children, Mod Op Dallas captured the interest of the Wall Street Journal and pitched the RuleSpace story. A feature story highlighting the problem and the RuleSpace solutions followed. Mod Op Dallas also secured a feature segment on CNBC, where RuleSpace President and CEO Alistair Allan laid out the problem and solution in compelling fashion. The story caught the ear and eyes of the CEO of the one carrier that had seemed to ignore the problem. Immediately, the CEO made parental controls a priority, and RuleSpace got a call the morning after the broadcast. That carrier was the first to roll out the RuleSpace product in the wireless space. 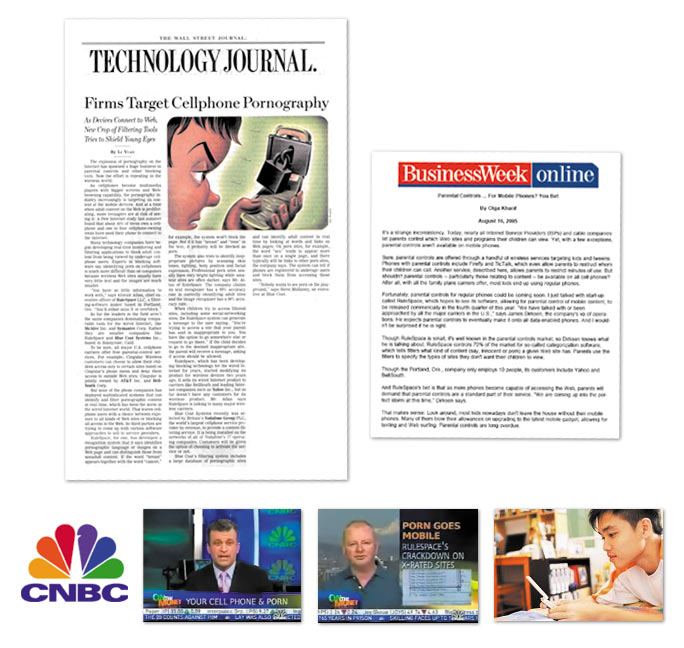